Colossal Contracting cost-effectively manages the remediation of contaminated materials caused by leaking oil tanks, while diligently working within Ontario Contaminated Sites rules and regulations as while catering to our client’s needs.

Underground Storage take leakage usually starts with small perforations in the metal that gradually increase in size over time. Even if a tank has been pumped out and abandoned in place, typically there is still a thick layer of “sludge” that remains along the bottom interior surface. The surrounding groundwater will flow into the tank through these holes. With continued metal corrosion, the sludge now mixed with groundwater, starts to leak into the surrounding soil causing contamination of surrounding soil.

Most underground and aboveground oil tanks have a lifespan of only 15 to 20 years. Here at Colossal Contracting we have noticed that almost one in five tanks have started to leak contaminants into the surrounding soil at the time we remove the tank. In such cases, property owners are generally faced with soil remediation to rehabilitate the property. Even tanks that have been pumped out previously, can still contain a relatively thick layer of oily water or hydrocarbons and sludge sludge.

Any crack or tear in the tank’s exterior allows groundwater to leak into the tank. The water rinses the contaminants from the tank’s interior and allows them to flow out of the tank into the surrounding soil. The sludge quickly causes soil contamination and if left unmanaged the sludge may seep down into the surrounding groundwater and could result in an extensive and costly remediation. Over time, tanks will start to decompose as the metal corrodes (cathodic loss) from a stable form and begins to rust, creating perforations. This natural metamorphic process can’t be stopped.

Many factors influence how fast a tank will rust such as the moisture in the surrounding soil, the soil’s pH balance, the backfill material, and the location of the tank. Other determining factors include the tank’s thickness, the amount of groundwater that has leaked into the tank, any damage the tank might have sustained during its early days of installation, and the age of the tank. Even a small pinhole is enough to cause a slow leak of the oil into the soil which could require soil remediation to clean up. Ideally, the tanks should be removed before a leak occurs.

When or if a leak does occur we work closely with environmental engineers to remediate your site. We also handle soil remediation that stems from oils spills. We will also remove abandoned underground storage tanks. 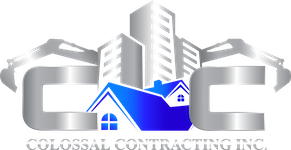